Okay.  Here it goes.  My 10-year high school reunion is this weekend.  From the previously state “gahhh,” you have probably figured out that I’m not going.  This is for two reasons.

1) This weekend, Mike’s and my friends from work are throwing us a joint bachelor/bachelorette party.

Bear with me.  Let’s look at each year of reunion.

The 5-Year:  It’s been five years.  If you went to college, you’ve only been out for a year.  You probably are in the very beginnings of your first job, considering grad school, in grad school, or job hunting.  We are not that far removed from high school.  Therefore, the 5-Year is irrelevant and should just jump off a cliff.

The 10-Year:  Okay, we’re a little farther removed.  We should be done with school at this point unless we’re getting our doctorates.  Some of us are married–most of those are probably to people we went to high school with.  The ones who married outside of that, I will say that a reunion is an excellent way to introduce your beau to the people who you went to high school with who don’t give a rat’s ass that you married someone outside of your hometown.

The 15-Year:  If high school still matters to you at this busy point in your life, then you’ve got your priorities all wrong.  Seriously–you’ve probably got kids.  You’re 33 years old.  Go live your life.

The 25-Year:  Things are settling down.  Your kids might be in college, and in the flurry of raising them, you may or may not have lost yourself a little.  But now’s the time you can do things for you.  This is the only reunion that’s worth it.  Go back, whether you want to see the people again, to relish in your high school memories, or just to see how crappy life turned out for everyone.  Why not?

I think the above listing applies to all ages.  But our age is different.  We grew up with Facebook and Twitter.  We pretty much know what everyone we went to high school with is doing.  We’ve seen their engagement pictures, then their wedding pictures.  Sometimes we see their divorce woes.  Then we see their ultrasounds and their tiny nuggets.

We all know what we’re all doing–reunion or no reunion.

On Dealing with Stupidity

I fear that starting this in any way (no matter how many times I type and retype the sentence) is going to offend someone out there.  This is my statement that I’m over it and I don’t care.

This is about evolution (in the sense that any Catholic believes in evolution) of stupidity into common sense.  What causes this evolution?  Age, growth, experience.  Innately, children are stupid (read:  innocent, lack experience, dream too big, etc.).  It’s only with time and playing and experience that start to pick up on how the real world works. 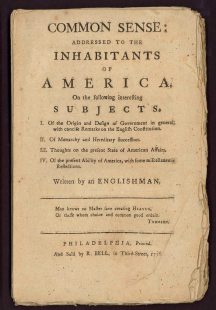 Eventually, children evolve into kids, who somehow have more common sense (or fear?) than their adolescent counterparts, who perceive themselves as invincible and completely lose all the common sense they built up as children.

And then, as young adults, that common sense returns, multiplied by their experience and the fact that they survived adolescence.  As people continue to age, the common sense is supposed to grow, eventually taking over the stupid.

This is not to say that we all don’t break the rules.  Sometimes, children have an astounding sense of common sense.  My niece, Sophie, was listening to Mike and I pass puns back and forth with her parents.  When Mike said, “A broken pencil is pointless,” his brother and sister-in-law laughed.

His niece, Sophie, however, looked up from her Play-Doh/Barbie Magicscape and said, “That’s not funny–that’s a fact.”  And it was.

On the other side of the spectrum, this is not to say that 80-year-olds with sound minds don’t sometimes completely miss the R.M.S. Common Sense and say/do something stupid.

The point is that the 80/20 rule is supposed to reverse somewhere on the journey to adulthood.

The sad thing is that it’s not always the case.  I see grown adult people acting more recklessly, completely refusing to exercise their common sense.  I don’t get it. I mean, sure, if something crazy is happening in their lives and they’re acting out, that somehow seems more forgivable to me.  But gah–some of it, I refuse to look past.